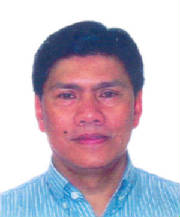 Attorney Pagaoa is a member of the Bar in the Philippines and has worked a variety of legal matters during his 36 year career as a licensed attorney.

Mr. Pagaoa who is a well respected attorney in the Philippines, which has a similar legal system to that of the United States, works with our firm on cases relating to marriage annulments (divorce is not recognized in the Philippines), child custody disputes, business law and outsourcing, immigration and real estate law, personal injury and criminal defense matters in major cases.