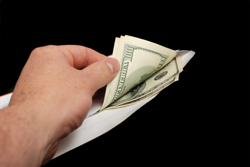 Racketeer Influenced and Corrupt Organization Act, also known as RICO, is a federal law often used by federal prosecutors when someone is accused of being involved in a series of criminal acts over a period of time. Generally speaking, this federal law is applied to cases relating to organized crime such as the Mafia or organized street gangs. However, this law has been applied to a variety of other cases and really only requires that the accused person or persons are involved in ongoing criminal activities with a predicate offense involved such as money laundering, drugs, bribery, interstate theft, embezzlement, bank fraud, alien smuggling, wire fraud, interstate theft and is even often applied to terrorist organizations.

This law has very stiff penalties and was first passed by Congress in 1970 when laws with stiffer penalties were needed to deal with organized crime. Once again, it is a separate charge which can be applied in a prosecution against an individual even though he or she is already charged with money laundering, bank fraud, alien smuggling, theft from an interstate shipment, child pornography distribution, providing prostitutes on an interstate basis to clients or any other federal violation. Generally speaking, there must be two criminal acts within a period of 10 years of the same type which violate some federal predicate law in order for a RICO prosecution to be initiated.

Is important that if you are ever approached by any federal law enforcement agency including the FBI, DEA, Secret Service, ICE or even the U.S. Postal Inspectors, you need to have them contact the attorney of your choice on your behalf before to speak with them and then immediately contact your attorney regarding the matter under investigation. Do not provide oral or written statements to federal law enforcement because such information can be used against you later in a variety of ways even creating new charges that could be lodged against you such as lying to federal agents. Any accused defendant should retain an attorney with experience in the area of federal prosecutions to deal with charges brought against you in federal court.

Although RICO, Racketeer Influenced and Corrupt Organizations Act, is primarily used against traditional organized crime elements such as the Mafia and street gangs it can also be used against individuals involved in white-collar continuous bank fraud or Ponzi schemes. A recent example of the application of the RICO statute was when attorney Scott Rothstein from Miami was charged with this federal law.  He was accused of violating the RICO law because it was alleged that he was involved in a continuing criminal enterprise involving defrauding individuals who believed they were investing in future civil judgments obtained in personal injury lawsuits wherein they were to make a substantial return on their investment. Mr. Rothstein pled guilty to lesser charges when he was facing a life sentence.

A civil law aspect of this law which is normally criminal in nature is to allow individuals to file a civil lawsuit against corporate entities who attempt to continuously obstruct legal complaints against them by whistleblowers. This law has widespread application and was even used criminally to prosecute judges who conspired to take kickbacks in a bribery case in one state. The law can be applied to drug trafficking cases in investigations of small trafficker investigations but generally speaking a newer prosecutorial tool is available to federal prosecutors in large scale drug cases in the form of the CCC Statute, also known as the King-Pin Statute. This law allows the federal government to pursue individuals involved in large narcotic-trafficking organizations and if the defendants are convicted they face a minimum sentence of 20 years to life imprisonment.

It is essential that you contact a federal criminal defense lawyer if you are contacted by any federal law enforcement to help guide you through the complex federal law maze which can be extremely complicated. If you try and cooperate with federal authorities you may end up with a substantial prison sentence. Even if you want to cooperate with federal agents you should consult an attorney first so that we he/she can negotiate a fair plea agreement for you if you are involved in criminal activity. In some instances you may not receive a sentence depending on the facts of the case. If you try and negotiate by yourself you are generally jeopardizing your freedom.