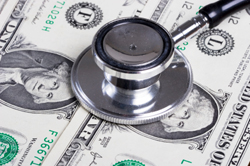 Our Miami, Florida law firm has PPP SBA Loan Fraud and federal medicare fraud lawyers that can defend your case since we have years of experience in both defending these charges and investigating and prosecuting these types of criminal matters.

PPP SBA Loan Fraud and Federal Medicare Health-care fraud has become an area of law of great importance in the law enforcement community throughout the United States. Federal prosecutors have been obtaining convictions in these types of cases and federal judges are beginning to sentence convicted individuals too long terms in federal penitentiaries. New interest of federal law enforcement in investigations relating to PPP SBA Loan Fraud and Medicare fraud and the willingness for prosecutors from the U.S. Attorneys offices around the United States to prosecute these cases has been enhanced substantially in the last year. The Federal Bureau of Investigation and the Inspector General’s Office of the Health and Human Services Department as well as the Inspector General’s Office of the Department of Labor have received additional funding and due to public and congressional pressure have formed numerous health-care fraud task forces throughout the United States who have begun to arrest defendants on a regular basis. In some instances, there have been more than one Assistant United States Attorney involved in the prosecution of these cases for each task force.

Health-care fraud is committed in a variety of ways including inflating of invoices, manipulating statistics, refusing to return overpayments and most importantly in the form of billing services to Medicare that are totally unnecessary or services that have not even been performed. Generally speaking, in these prosecutions, the FBI and federal prosecutors will charge the subject with a variety of additional violations of federal law as opposed to simply the predicate offense of the false claims. Often, additional charges such as conspiracy as well as tax evasion and money laundering are stacked on the initial charges being brought against the defendant. Most of these federal law violations carry a penalty of between 5 to 10 years in prison for each count (each time a fraudulent act is committed). In addition to the charges already mentioned, prosecutors also seek convictions of individual defendants in these cases following charges of wire fraud, if the accused used a telephone or the Internet to commit the crime. Mail fraud is also often added to the various other charges if the U.S Postal Service was used by the subjects in individual cases which is very common. Each of these violations of federal law carry a sentence of 10 years in federal prison for each count.

New laws have been passed which also penalize patients and others who voluntarily give bogus health care providers their social security numbers or Medicare numbers and receive a kickback from these individuals who were actual originators of the health-care fraud case. Law enforcement will not hesitate to seek indictments by grand juries through the U.S. Attorneys Office for those individuals who knowingly cooperate in providing such information and receive money or other benefits in return for becoming part of the conspiracy to defraud the U.S. Government.

If you believe that you are being investigated for health-care fraud relating to false billing, unnecessary medical treatments at home nursing or therapy care centers or have been arrested or interviewed for any other fraudulent health-care related crime such as false HIV Aids Infusion Treatments or Durable Medical Equipment fraud, contact an attorney immediately for legal advice. You should not speak with federal law enforcement if they come to interview you but rather refer them to your attorney whether it be someone from our office or another attorney of your choice. These cases are no longer difficult for the prosecutors to present to juries and the sentences have been enhanced over prior years. Also, the investigative ability of the law enforcement agencies has improved dramatically in this area because it has become a national issue with new laws as tools which can be used by them to conduct investigations.

Don’t forget that in many cases, if Medicare numbers of patients or social security numbers are stolen during the course of the fraud, Aggravated Identity Theft will also be charged by prosecutors. The same is true in PPP SBA Loan Fraud cases.  We are available to answer your questions 24/7 every day of the week, 365 days of the year. You should retain an attorney early on in these cases so that law enforcement or federal prosecutors can be approached to determine the factual nature of any charges which you as the defendant may be facing. Reviewing the sentences throughout the United States for health-care fraud and the variety of other charges that are stacked on top of this predicate offense, a noticeable trend is developing wherein defendants convicted of these offenses are receiving substantially higher sentences than before. Please call us for a free consultation so we can strive to protect your freedom. Do not try and negotiate with law enforcement or prosecutors alone.