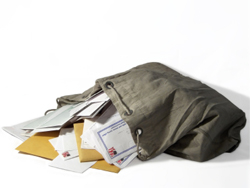 The Mail Fraud Lawyers from our firm are available to assist clients 24/7.  It is important that our attorneys are contacted once you have been contacted by law enforcement.

Mail fraud cases are prosecuted regularly by U.S. Attorneys Offices throughout the country. Generally speaking, a regular fraud case that would normally be prosecuted by local prosecuting attorneys at the state level can become a federal mail fraud case if the U.S. Postal Service was utilized by the accused defendant to commit the fraud. The U.S. Postal Inspectors are the agency that investigates fraud and other criminal abuse of the U.S. Postal System in furtherance of committing a crime. The mail fraud federal statute is broad based and allows the federal government to prosecute fraud and other types of cases resulting in some instances of sentences of 20 years in federal prison and 30 years in federal prison if a financial institution is the victim of a fraud.

In order for a mail fraud case to be prosecuted successfully the government must prove that the activity was in fact some type of scheme using the Postal Service to defraud victims. Also, the defendant accused of such a crime must have the specific intent of defrauding a victim in such a case. Finally, it must be shown that the subject in the case used the U. S. Postal Service or commercial couriers such as FedEx etc. which have been included in the federal law.

Prosecution for mail fraud is common not only for fraudulent schemes where in the postal system is used to commit the crime but also in credit card cases where fraud is involved. In fact, the U.S. Postal Service Inspectors and the FBI have mutual jurisdiction to investigate such cases which are later prosecuted by the United States Attorneys Office in the district where the event took place. Nearly all the federal prosecutions relating to credit card fraud involve the use of the U.S. Postal System or commercial carriers such as FedEx, UPS or DHL. The federal jurisdiction obtained in mail fraud cases originates from the right of the federal government to regulate interstate commerce and pass laws which affect interstate commerce. In this case, the U.S. Postal Service system directly affects interstate commerce.

In most mail fraud cases involving credit card fraud or other fraud schemes where material is sent to the alleged victim using the U.S. Postal Service, the law enforcement authorities spend a great deal of time accumulating documented evidence of the offense before interviewing the subject of the case. If you are confronted by U.S. Postal Inspectors or FBI Special Agents you should advise them to contact your attorney before making a statement. Although federal law enforcement officials would prefer to discuss the case with an accused in order to obtain additional information regarding the investigation or even a confession, they understand the right of every individual to discuss a potential criminal accusation made against them with their lawyer.

During many prosecutions in mail fraud cases involving fraudulent investment schemes or credit card manipulation, the accused persons are charged with various crimes in addition to the mail fraud predicate offense. These may include conspiracy, money laundering, tax evasion, and in some cases RICO violations. Where the accused uses the U.S.Postal Service system numerous times to commit the same type of fraud, the RICO violation of federal law will be added to the additional charges. Some cases involve victims who are senior citizens. In those cases, additional charges may be filed by federal prosecutors for violation of the SCAMS Act relating to committing fraud where the victim is a senior citizen increasing a potential sentence in mail fraud cases.

An appropriate plea bargain may be better for the client then taking a chance to litigate the case in a jury trial depending on the facts of the particular prosecution. If you feel you are already under investigation or believe you will charged very soon with mail fraud it is important that you discuss your case with an attorney of your choice because in some instances it may be possible for your legal counsel to approach federal law enforcement before you are arrested or indicted. The merits of each case need to be considered in a federal prosecution for mail fraud. Our attorneys are available to discuss your case with you at any time. We can provide you with an assessment of your legal position and if you decide to retain our legal services we will strive to represent you aggressively in defending your case.