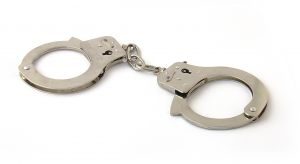 For almost 200 years the United States Government has used extradition treaties as the most common tool to return individuals accused of a crime in the United States who cannot be found in this country. The treaties between the United States and the various foreign countries are radically different depending on the country and the particular criminal charge the defendant is facing in the United States. In international criminal defense cases, you should consider hiring an attorney with the experience of an International Criminal Defense Attorney who has actually worked at the U.S. Embassy in foreign countries and been involved in extradition proceedings. Attorney Michael Youngs was an FBI Special Agent Attorney working on extradition cases throughout U.S. Embassies in Latin America and the Caribbean. He was assigned to Bogota, Colombia, Panama City, Panama as well as a variety of locations throughout the Caribbean including Puerto Rico and the Dominican Republic during his 25 year career with the U.S. Government. He is a fluent Spanish and Portuguese language speaker and can communicate in the French language as well. For the last ten years our office has aggressively defended individuals accused of committing federal and state crimes where in some cases prosecutors sought extradition of these individuals who were living in foreign countries.

If you are accused of a federal crime or facing a prosecution in state court and expect to be extradited to the United States we encourage you to contact our office immediately at Youngs and Associates, telephone (954) 274-1981 or the office of another attorney of your choice.  Attorney Michael Youngs has worked cases involving extradition procedures and is familiar with prosecutorial methods used in obtaining extradition of both U.S. citizens and foreign nationals residing outside the United States who were accused of a Federal or State crime in the United States.

International criminal defense is extremely complicated involving not only the extradition laws of the United States but the laws of other foreign countries and treaties between these countries and the United States. You need an experienced attorney from Youngs and Associates or another firm of your choice to assist you in your defense relating to a federal extradition proceeding and/or an international crime whether it be related to a major fraud scheme involving several countries or charges for drug trafficking, conspiracy, tax evasion and money laundering.  Michael Youngs has been involved in prosecutions and the defense of  individuals from the Dominican Republic, Colombia, Panama, Venezuela, El Salvador, Nicaragua, Costa Rica, Brazil and Mexico,. In addition, he has both prosecuted and defended accused individuals from other Central, South American and Caribbean countries.

When representing an accused non-U.S. citizen from Mexico, Central/South America or Asia an attorney from our office or another law firm may work with government attorneys if a plea bargain is obtained to have the client serve his/her sentence in his native country whether it be in Colombia, Mexico, Brazil, Panama, the Dominican Republic or any other Latin American or Asian nation.  However, each case is different and this arrangement may not be available depending on the facts in the case.

Also, for those defendants who are currently incarcerated in state or federal prisons in the United States, sometimes an attorney can negotiate on the client’s behalf to possibly arrange an international prisoner transfer to the country of origin of the defendant where he or she can be closer to his/her family members. Once again, no attorney can promise such a result but such agreements sometimes can be arranged if guilty pleas are obtained from defendants.  In many instances, English language issues become a major problem for foreign prisoners incarcerated in the United States in both state and federal prisons. An attorney representing a client may be able to obtain a repatriation to the country of origin of the defendant to serve out a sentence. If you have already been incarcerated in a U.S. state or federal prison we would encourage you to contact our office or an attorney of your choice so that such attorney can explore the possibility of an international prisoner transfer. In some instances hardship international prison transfers can be arranged depending on the circumstances involved.

Additional details relating to extradition procedures for various federal and state crimes can be found by contacting our firm. We can send you additional information regarding the extradition process upon request.  The rules relating to international crimes and defense thereof as well as the formal process of international extradition are very complicated.    Please feel free to contact the Law Offices of Youngs and Associates, International and Extradition Criminal Defense Attorneys.  We have the knowledge and experience to aggressively defend you and our goal will be to prevent extradition, if possible, based on legal arguments. Remember, that you have the right to be defended vigorously within the bounds of the law. You need to take advantage of your rights, protect yourself, and seek the advice of experienced attorneys.   If you decide to select the firm of Youngs and Associates we have offices located in Miami, Ft. Lauderdale, Denver and New York.  We will provide you with a free consultation by calling (954) 274-1981.