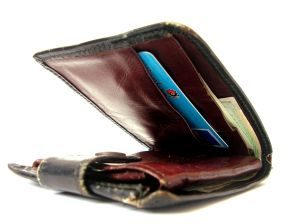 Identity theft occurs when a person steals personal information and uses such information without the permission of the victim. In a case of identity theft the defendant is accused of assuming the identity of the innocent party. This may occur in a variety of circumstances, but in general, it involves the use of Social Security numbers belonging to third parties or the use of credit cards or other property ownership information without the permission of the holder of the Social Security number, credit card or owner of the real estate. In some circumstances, identity theft cases will be filed relating to a person who assumes the identity of a second party with regard to the sale of real property. In addition, identity theft charges are often filed with regard to insurance fraud where the defendant uses the medical insurance of an unknowing party to obtain medical treatment for free.

In many instances malware or trojan bearing programs are used to steal personal information over the Internet. In some cases, hand-held credit card readers are used by accused individuals to obtain credit card information of the unknowing victim such information being used at a later date. Finally, some defendants are accused of identity theft for stealing checks and thereafter producing false IDs to cash checks drawn on the original account or to open additional bank accounts.

Identity fraud is a federal offense and depending on the underlying crime can result in sentences of 5 to 30 years in federal prison. The actual federal law relating to identity theft is best described in the following summary:

The Identity Theft and Assumption Deterrence Act enacted by Congress in October 1998 (and codified, in part, at 18 U.S.C. §1028) makes identity theft a federal crime. Under federal criminal law, identity theft takes place when someone “knowingly transfers, possesses or uses, without lawful authority, a means of identification of another person with the intent to commit, or to aid or abet, or in connection with, any unlawful activity that constitutes a violation of federal law, or that constitutes a felony under any applicable state or local law.”

Under this definition, a name or Social Security number is considered a “means of identification.” So is a credit card number, cellular telephone electronic serial number, or any other piece of information that may be used alone or in conjunction with other information to identify a specific individual.

Violations of the federal crime are investigated by federal law enforcement agencies, including the U.S. Secret Service, the FBI, the U.S. Postal Inspection Service, and the Social Security Administration’s Office of the Inspector General. Federal identity theft cases are prosecuted by the U.S. Department of Justice.
In 2004, Congress passed the Identity Theft Penalty Enhancement Act . This act established a mandatory two year minimum sentence to be served in addition to the sentence that the person was already sentenced to for aggravated identity theft.