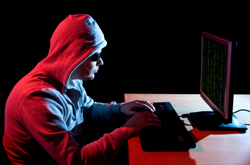 The number of federal prosecutions relating to Computer and Internet Crimes is growing substantially with the development and expansion of search engines and the Internet in general. The FBI investigates a variety of crimes relating to the use of the computer and Internet which has now come to be known as Cyber Crime. This area of the law is developing so rapidly in terms of prosecutions which makes it even more important to contact an attorney if you are confronted by FBI or Secret Service Special Agents who want to discuss an investigation with you. Generally speaking, by the time these investigative agencies contact you they already have substantial evidence against you and are hoping that you will confess to a federal crime. Remember to contact an attorney to discuss your case before agreeing to any interview with federal law enforcement. Internet related crimes carry stiff sentences in federal prison sometimes up to 20 years depending on the severity of the offense.

If you are being accused of any crime relating to sabotage of computer data bases of corporations or of government entities a conviction for such an offense can be lengthy. Computer intrusion relating to the database construction or theft which affects the critical infrastructure of major corporations or the U.S. Government can even involve federal statutes relating to terrorism which might mean a sentence of life in prison. The U.S. Government has taken these type of cases very seriously and investigates them vigorously. If you do not contact an attorney when approached by federal law-enforcement you could be risking a life sentence or many years in federal prison. The legal penalties in this area are very harsh if you are convicted of purposeful acts of destruction of database information using the Internet. Our firm is available to discuss any such matter with you 24/7.

A second and important growing area of federal prosecution relates to Identity Theft. In many instances, individuals are charged under the Identity Theft and Assumption Deterrence Act of 1999 which is a federal law relating to identity theft and subsequent fraud. Any person or corporation who pretends to be someone else for purposes of stealing money or gaining some other type of benefit such as goods or services can be found guilty in these cases. Additional federal charges will no doubt be stacked on top of the identity theft charges if the information was stolen while using the Internet. Normally, wire fraud will be added to the charges in such cases as well as money laundering and tax evasion as well as conspiracy. In many instances social security numbers are stolen from databases and used to establish a false identity for someone who obtains some type of service, credit cards or loans from financial institutions for automobiles, homes, or businesses. In that case additional charges of bank fraud can be added to a growing list of federal violations. The charges can be complex in nature and is important that you seek legal counsel immediately if you are either interviewed, suspect you are under investigation or have been charged with such a federal offense.

Mass marketing fraud has become widespread on the Internet and is aggressively investigated by the FBI. Other fraud schemes have been used to try and obtain important financial account passwords, Social Security numbers as well as driver’s license information and date of birth info of unsuspecting victims. Federal law enforcement will often investigate these types of offenses even online in chat rooms etc.. In order to be found guilty of such offenses, a person must have solicited potential customers who would be prospective victims. Examples of such wire fraud charges relating to the use of the Internet include advance fee scams offering loans over the Internet to unsuspecting individuals asking for good-faith deposits in return for granting the loan. The obvious intent of the defendant in cases like this is basically to keep the deposits and provide no loan to anybody.

There are a variety of other types of cases which are prosecuted under the wire fraud statute relating to Internet crimes such as credit card scams, false auction offers of a product that don’t exist and numerous retail sales fraud solicitations. All of these offenses can result in various charges including wire fraud, money laundering, tax evasion, conspiracy, and even RICO if it can be shown to be an ongoing criminal activity. As it can be clearly seen by the example above, if you have been accused of any of these offenses relating to Internet crimes we encourage you to contact us at any of our offices listed on this web site.