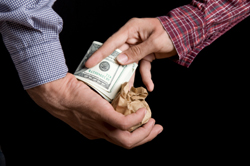 Attorney Michael Youngs worked as an FBI Special Agent Attorney for 25 years investigating and prosecuting all types of federal criminal violations including drug trafficking, money laundering and conspiracy cases throughout Latin America and the Caribbean and handled extradition matters in Colombia, Panama and the Dominican Republic. If you are from a foreign country or currently being held for extradition in any foreign country for any federal or state charge you need to have a family member please feel free to contact our office immediately so that we can review the case and oppose extradition if appropriate. If you have been extradited to the United States to face federal or state crime charges you can contact us or have a family member or friend call our office for a free consultation and evaluation of your case.

It is important to remember that complex drug trafficking investigations are well organized and well funded.  Usually there are various agencies involved in such cases including the FBI, ICE and/or DEA along with IRS Special Agents to deal with the tax evasion charges that are almost always stacked on top of the rest of the accusations such as conspiracy, money laundering, RICO/racketeering.  In many instances there may be several federal prosecutors working the case together.

There may be physical surveillances, wiretaps, informants being developed and banking record reviews being conducted for months before a case is taken before the grand jury for indictment or arrests made on a case.

Drug trafficking cases are usually long term investigations if the FBI or DEA are involved and can involve hundreds of potential targets, seizures and arrests. Drug crimes are severely punished sometimes with penalties of life imprisonment.  Therefore it is important that you contact the law offices of Youngs and Associates early on so that we can begin to work on your behalf preparing your case which may even include contacting federal law enforcement or federal prosecutors to help support a position of cooperation if your chances of aquittal in a trial are minimal. Cooperating with law enforcement officials without your attorney and a binding agreement from federal prosecutors can land you in a federal prison for statements made to law enforcement.

At the federal level, the FBI, DEA, ICE and IRS are usually the investigators involved in drug trafficking matters or often an Organized /Crime Drug Enforcement Task Force (OCDETF) is the originator of a case. For this very reason it is important that you contact Michael Youngs, a former FBI Special Agent Attorney for 25 years and state prosecutor in order to defend your drug possession or trafficking case in a tactful and knowledgeable manner.

These are important facts for your consideration when you are facing drug related charges. You need the experience and knowledge of a competent attorney to guide you and protect your rights. The federal government is well prepared and generally speaking has the evidence they usually need to convict those accused of possession or distribution when they finally decide to interview you. Therefore, your best possibility for a favorable outcome in these matters is to consult one of our experienced attorneys or another attorney of your choice who has actually prosecuted and defended federal criminal cases. Feel free to contact the Law Offices of Youngs and Associates, so we can help guide you through the difficult federal criminal justice system which is can swiftly threaten your freedom.

Major federal criminal investigations can take months or sometimes a year or two as prosecutors and law enforcement agencies review enormous volumes of highly detailed evidence such as wiretaps and microphone interceptions as well as, information from informants, banking or other financial records and physical as well as circumstantial evidence.  In most complex drug cases, attention will eventually focus on a few principal targets for prosecution for numerous charges in addition to the predicate crime. More co-conspirators are identified while the investigation is on-going and some are questioned on an informal basis.

If you believe you are under investigation in a complex drug case, have been interviewed or been indicted as a member of a conspiracy to commit any other federal or state offense, please think about contacting one or our experienced Federal Criminal Defense Attorneys at the Law Offices of Youngs and Associates. Although it will depend entirely on the facts and each case is different, we may be able to convince prosecutors to make you an unindicted co-conspirator, still a person of interest to the prosecution, and perhaps a future witness for the government, without facing any criminal charges. No attorney can promise such results as we have indicated but depending on the facts in your case such an alternative may be possible in any give federal criminal prosecution.  Sentences for drug trafficking are some of the most lengthy in the federal criminal justice system depending on the type of drug and the quantity.

There is a final fact which you as the accused should know. Federal prosecutors often seek money-laundering, conspiracy, tax fraud and even RICO/racketeering charges against prospective defendants in complex conspiracy investigations involving drug trafficking and fraud crimes for various reasons. The threat of a conviction on an additional charge provides the government with more leverage in plea negotiations. Also, it permits prosecutors to bring serious felony charges against persons whose connection to a drug or fraud conspiracy is very limited. Sometimes, money laundering and tax evasion charges are the most valuable tool for the federal prosecutors to use as a means of compelling your cooperation if you have been charged or even just threatened with such charges.

If you have been interviewed, indicted or arrested on a drug charge we encourage you to call the Law Offices of Youngs and Associates immediately at (305) 600-1777 or another attorney of your choice.