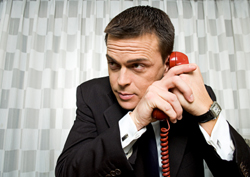 Criminal conspiracy is one of the most widely used federal statutes, where the intent and overt plan to commit an illegal act is enough to convict conspirators (planners) with additional charges regardless of the actual occurrence of the planned illegal act. Conspiracy cases only require “general intent” to commit the illegal act by two or more persons. The defendants’ specific intent to commit the illegal act is not required and an agreement among defendants is sufficient for federal prosecutors to obtain a conviction.

However, even though the occurrence of the actual illegal act is not required, the defendants do have to have acted in some way to further the conspiracy. The mere thought of committing crime is not enough. However, for example, when defendants have written down a plan to rob a bank or obtained a get-away car or have started surveillance to select a suitable bank to rob any of these acts is sufficient to support a prosecution for conspiracy.

Criminal conspiracy covers a wide range of criminal activities such as murder to health care fraud, illegal trafficking of drugs or even in cases of money laundering. Remember that a conspiracy charge often carries the same penalties as the actual crime depending on the predicate offense, and it is essential that you contact an attorney as soon as possible if you are charged with criminal conspiracy or believe you are under investigation for criminal conspiracy. Our firm has experience to deal with federal charges and our goal is to obtain the optimum result under the circumstances. Our attorneys are available anytime – 24 hours a day, 7 days a week – to discuss your case, and the first consultation is always free of charge.